The business world is an uncertain place, where most of us experience many ups and down. The ups are fantastic – they make any drug seem like a cheap rip off (I’ve been told). The downs, on the other hand, can be devastating and if they arrive at the wrong time they can be the end of your business.

One fantastic way to protect yourself from such lows is to have high customer loyalty, i.e customer who won’t believe whatever spin the media is throwing your way, or who will wait patiently for your product despite your factory burning down, or will support even you after your financial department moves to the Bahamas with most of your money.

But if loyal customers were so easy to get, all companies would be laden with them. As they’re not, it obviously must take some work. Here are some examples of what has been shown to work.

We all get caught to some extent in the rut of normal-day life. We get up, go to work, do what we’re supposed to and then often end up just watching TV at night. This can get boring after a while and therefore we’re always looking for stories to awe and inspire us. Being pleasantly surprised by a company can be a fantastic method to tap into this current.

And it often doesn’t have to be a massive investment. Take this example, Gregory Ciotti mentioned in a twitter comment how much he liked beef jerky and how it was putting a serious dent in his finances.

Usertesting.com saw this twitter feed and – though they have nothing to do with beef jerky – they sent him a packet anyway, therefore causing an immensely positive reaction in him and probably turning him into a life-time client.

What’s more, because he shared his story with the internet this small gesture has now made hundreds, if not thousands think more highly of Usertesting.com.

We all fail sometimes. The thing is, you can either ignore it and the feedback or you can think of failure as the beginning of an opportunity to engage. If you listen to your customers and actually implement their suggestions, instead of appearing as an uncaring business, you can give a positive impression to them.  It makes your customers feel – what they’ve got to say matters to you. That makes people feel special and there is no way to make people like your product, than to make them feel special.

You have to remember that we evolved as social creatures. What we care most about is other people and their feelings. However, most businesses don’t always seem to be clued into that. Instead, they try to appear incomprehensible and unemotional. That’s not the way to inspire loyalty.

If you can introduce the human touch and make it seem like your company is more than just a brand name, that there are nice people working for the company, who are trying to do their best, even if that doesn’t always go completely right, then people can connect with you.

For example, when pizza company DiGiorno made the mistake of getting involved in a discussion about partner abuse by jumping into the conversation by posting ‘#WhyIstayed you had pizza’ people were suitably outraged. To correct it, the company took the unusual step of apologizing to offended people individually, explaining they had jumped in without much attention. This was widely appreciated and actually caused a sympathetic reaction.

Harley Davidson has created a community whereby every single Harley Davidson owner will acknowledge another when riding past each other, thereby creating real feeling of pride, togetherness and trust. This goes so far that people are willing to tattoo this brand onto their skin. Not many brands has such loyalty. Even Apple doesn’t seem to inspire that kind of loyalty.

The great thing about such a community, of course, is that Harley Davidson doesn’t actually have to keep working to ensure loyalty going. They’ve created the Harley Owner Group (HOG), which fuels itself. In the words of branding gurus, this community will have a fantastic return on investment.

Now a lot of companies try to create a community and they do a pretty good job in creating a space for their customers to talk. The issue is that they don’t give their customers anything to talk about. You need to bridge breach this gap. So try to get conversations started about topics related to your brand. This will get people to start forming relationships and from there you’re well on your way to creating loyalty.

By involving your customer in strategic decision and asking for their opinions, you can quite easily create an impression that you actually care about what they think. What’s more, as they’re the people using your products, their ideas are quite often worth listening to.

For example, Etihad wanted to create a luxurious aircraft and so it invited some of its customers tell them what they wanted. The clients were given free rein to work within a mock up space to create something they’d personally find more comfortable. The result? The customers started to build upwards and created far more isolated spaces – much like private cabins. This idea has now been incorporated into Etihad jets with great success – and those customers? They’re not going anywhere from Etihad.

7) Train and motivate your team

These are the people who will be talking to your customers, so if they give off a wrong vibe, don’t handle complaints in the right manner or don’t know what they’re doing, the customers won’t be loyal to you in spite of anything you do.

Now if employees mishandle only a few issue, it shouldn’t be a concern.  However, if it’s happening frequently, then you’ve got nobody to blame but yourself. You’re not training your employees properly. You’ll have to change that if you want to inspire loyalty.

Really, what most people are missing nowadays is that human element. There is a lot of alienation and loneliness. Anybody who can successfully fill that gap, not by appearing perfect, but by appearing human, likable and easy to connect with, can therefore generate loyalty among consumers. After that it’s just a matter of keeping them loyal. But that’s another story. 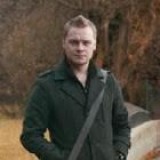 I'm a UK native writer, a digital marketing guru with strong entrepreneurial underpinnings and a love for helping businesses succeed. As a difference maker, I hope that my articles inspire and help my readers.