At the core of every sale, we tend to accept a certain set of truths. Without thinking too much about it, effective selling is all about forming meaningful relationships, establishing trust, and of course, providing some kind of upfront or long-term value.

For businesses of every size, the sales and business development team members are a crucial piece of the puzzle in order to bring on growth and secure the company’s future. Which is why you ultimately want to make sure these associates all have the tools necessary to do their jobs to best of their abilities.

Some of these tools to leverage and encourage these individuals could be great pay, benefits, rewarding incentive tiers, or even just well-founded and satisfactory corporate culture. However, these devices may not be enough; you want to take it a step further and really prepare them to go out there and produces results.

Before you go and reevaluate the methods by which you reward your top performing salespeople, it’s important to take a step back and think about the corporate training programs you’re administering.

Are they the best training programs for appealing to decision makers in your industry?

Can your salespeople easily apply the teachings in their daily sales process?

But the most important question to ask regarding your sales training: is it current or is it stale?

It’s a fair question because even though some of the principles of sales are still concrete, the times have, and always will, change. What may have been an efficient training and methodology in the 60’s probably couldn’t cut the mustard now, and with technology moving as fast it does now, staying current is crucial.

Here are just three simple ways you can use to determine if your sales training is in need of a refresh.

1. Your Salespeople Are Having The Wrong Conversations

Way back when, sales professionals would coordinate with a much smaller subset of folks when trying to make the sale. In many cases, they would mostly converse and interact with the customer’s purchasing department, but this isn’t what happens nowadays at all. Decision makers currently reside in a myriad of roles – from lowly assistants to founders and CEOs. This is a demonstration of how conversations had several decades ago are probably not what your team should be focusing on.

Another way sales reps are only set up to fail due their training is if the conversations revolve almost entirely around price or costs. Discussing price is certainly an important talking point while the customer considers the offerings, but this should not be the entire focus of one or multiple conversations.

What may happen in this scenario is that the sales rep fails to demonstrate the overall value or trying to haggle and negotiate the price down further. Because the rep isn’t having the right conversation, it’s incredibly difficult to turn the ship around.

But this doesn’t pertain to salespeople focusing on just the price. When your training programs fail to teach what kind of conversations you salespeople should be having, perhaps it’s time find training that’s a little more modern.

2. Overly Simple Acronyms Have Too Much Emphasis

For veterans who have been in sales since the early 1990’s, corporate training put a lot of emphasis on acronyms which were meant to burn the tenets of the program into the brain of the person taking the training. To be fair, there’s a lot of solid logic behind some of the classics.

If you’re true believer or practitioner of AIDCC acronym, you were supposed to get the prospect’s attention, most commonly by telling him that he’d save money. You then peak their interest by going beyond the cost savings into other benefits, which would set up the next part of the pitch. If you started to get a little resistance, then you would turn to conviction, which would translate to trust.

But when you break it down, this method of selling is quasi-pushy, and you run the risk of coming off a bit manipulative. This may have worked back in the day, but sales are now more about the relationships forged throughout the sales process.

Because acronyms are less about relationships with prospects, relying on such old tools could be harming your sales team’s ability to close more efficiently. Acronyms are really more of “hit-and-run” approaches that don’t allow for the development of strong business relationships built on trust and honesty

Some of the most iconic sales training programs – like Huthwaite’s SPIN Selling, Miller Heiman’s Strategic Selling are beginning to show their age. They still have their own distinct value since they teach salespeople how to search for and find decision makers, build value propositions, negotiate and close. But take a closer look at when they were first written; well before the age of the Internet.

Let’s take Huthwaite’s SPIN selling as an example. The methodology for this program came out of a research study originally commissioned by Xerox in the early 1970’s, and then converted into their internal sales process sometime in the late 1970’s. It then became a publicly licensed sales training program in the mid-1980’s.

Move Forward, Time for a Refresh

The role of the sales force has changed since companies no longer need to rely on a massive sales force to distribute product information. Advancements in communications, the birth of the Internet and innovations in mobile technology provides organizations with much faster and easier methods to get that knowledge into the market.

There are a lot of good lessons to be learned from older sales training programs, but it may be time to have an honest discussion on whether those older trainings are hurting or helping your team. 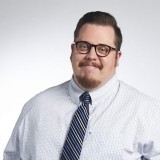 After receiving his Bachelor's in Journalism from West Virginia University in 2013, Stephen has been hooked on writing professionally ever since. Stephen is a content creator from Wheeling, WV, who specializes in blogs and loves connecting with folks via social media.